How To Fix Twitter..Free Speech Can Be Very Costly

Take away anonymity and bullies lose their courage. 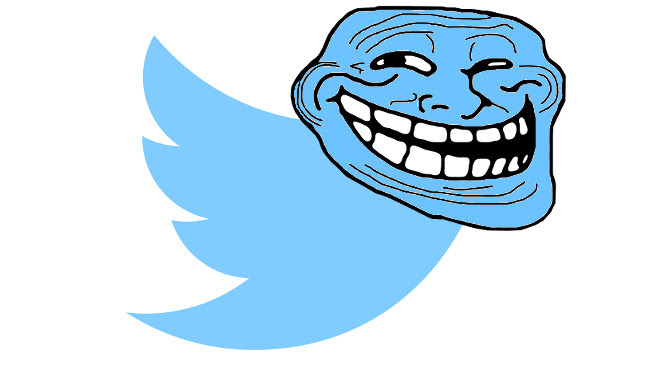 Blogs let owners decide whether comments would be posted.

Facebook gives users the ability to opt-in the people they want to comment/share info with. There is some control, some permission.

Twitter gives anyone the ability to deliver "drive by" trolling. There is no control and no consequences for doing so. Their new troll controls don't go far enough to prevent this.


There's a reason Twitter is toast and isn't even worth $10,  who wants to promote hate?

Twitter could be a very valuable platform, but right now it just enables incestuous hate without repercussions. Twitter gives anonymous people, cowards, a microphone to spew their hate.

For starters..make people pay for it. Either per post or per hashtag, or just to have an account. Create different levels for different functions. this would go a long way to deterring this.

Second, force users to publicly attach another form of ID to their Twitter account. Take away the anonymity. The payment method would do this as well.

Finally, some creative law firm should start soliciting troll targets. Go after these cretins with the threat of legal action. Getting threatened with legal action has a great way of deterring bad behavior.

Maybe it's time to set some kind of legal precedent for this online behavior.
Posted by No Name at 7:45 AM No comments:

Why Apple Is Overvalued And Destined For Hard Times

Yes, we love Apple and their products...but they are still thinking "local" and it is going to cost them dearly.

From the ability to carry around all of our music IN the iPod to the neat way of running applications ON our phone, Apple has clearly nailed this strategy...

However, this is their downfall.

Content and computing are shifting from being ON the device to IN the cloud and when your business depends on selling high end consumer devices, that is going to be a very big problem going forward.

Adding a camera was a pretty big step for the mobile phone. Then the creation of the app store and all of the wonderful things you could now do with a phone, was a boom for many people/industries.

Where are we going?

It is called cloud computing because the computing is done on the cloud, not the device. The applications and content will be accessed and run in the cloud and not on the device.

Apple, and others, should look very closely at Google and their Chromebook to see where the future is headed. The number one selling laptop isn't a laptop at all, it's simply a connection to the cloud.

The next "must have" mobile phone will be a "cloud phone", or something very similar to Chromebook capability in a mobile phone size. A simple device, costing under $100 that just accesses the cloud for your content and applications. You drop it or it gets stolen, no big deal. The battery life will be days now that unnecessary applications dont need to be running constantly. The bandwidth used will shrink (telecoms will love).

I can have access to IBM's Watson and high powered graphics, there is NO point in keeping the computing on the device any more.

The days of different app stores will be a thing of the past and Apple's iTunes gold mine will end fast. Why do I need to download the Facebook app from several stores for different devices? App stores are just glorified browsers and who pays for those?

In 2007 I discussed how Apple could introduce an iTunes browser and become an ecommerce powerhouse, Amazon beat them to it.

In 2010, I stated how Apple could turn their iTunes into the "killer platform" and be a cloud pioneer, but they sacrificed future for device revenue.

The shift from websites to apps that run websites fragmented many industries..that all changes. One app that runs on all devices. Period.

Say Goodbye To The Old Polls...The Next Generation Polls Are Already Here 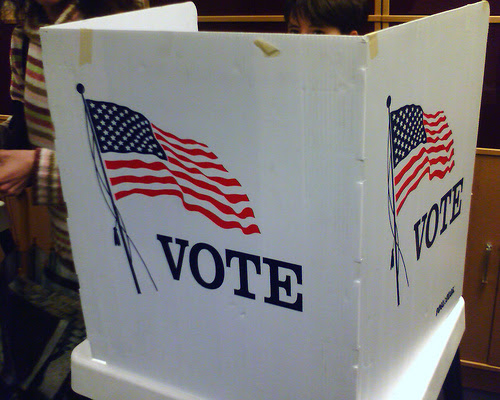 How could the polls be so wrong? The "old" polls got it wrong because they used outdated technology. Do you really think it's wise to listen to an industry that is on its last legs to predict the future? The mainstream media is rapidly losing eyeballs but they still claim to be the experts on prediction results.

They are still trying to explain how they got it all wrong.

The "new polls" knew who would win this election but they chose not to share their data (or were never asked).


It's human nature to read or listen only to news or stories that confirm your opinions.  It is called "Selective Exposure". It  refers to individuals' tendency to favor information which reinforces their pre-existing views while avoiding contradictory information.

The new "polls" are Google, Facebook and your Internet Provider.

Between Google and Facebook, what candidate you were rooting was very easily known. They read your email, they know what sites you visited, comments you made on FB, and in some cases which campaign you donated to.

I'm sure they have algorithms that check for the phrase "already voted" or "voted early" and matched it up with your online activity. If you ever typed that in an email, FB comment, text message, Whatsapp, Snapchat etc...it was recorded. Your early voting location is data and your phone was tracked to that location. Bingo.

Your Internet Provider has even more info on you. They see everything. They know what TV shows you recorded and watched. They are a real time Nielsen Rating. They also see your text messages. They see every search you make. They see your email. Clear your cookies and cache all you want but they will still see it ALL.

A metric (that the mainstream media NEVER reported) was the traffic on the candidate's own Youtube videos. The traffic comparison was not even close. So all of these people watched videos of the candidate they were against? Don't think so.

Google's revenue is dependent on delivering relevant ads to search queries and sites visited. They are pros at measuring eyeballs and clicks. So do you honestly think they didn't know who you voted for and when?

On Election Day, Google greeted with a "Find your Voting Location".  That location is data. If you ever used FB or Google on your phone, they tracked you to that location.

Somehow I imagine the folks at Google and Facebook were all laughing at the TV networks on Election Night.

Who Knows More About You Than FaceBook and Google?

Your cable box is the ultimate in "big brother" and yet the cable companies have yet to capitalize on it. It is at the top of the data food chain. It knows more about you than FaceBook and Google.


The FCC has a plan that would allow you to get rid of your cable box and make it easier to watch your favorite programs. Apps will soon replace the cable box.

Cable companies have been laggards in how to truly monetize the various opportunities they have from the "pipe"  into your home.

Don't feel bad for the cable companies that will lose out on all of that income renting you those boxes though. They have one thing that is a lot more valuable than that.

You think FaceBook and Google know a thing or two about you, try your Internet provider.

They know what TV shows you recorded, when and where you watched them. They know what you were doing with your other devices while you were watching TV.

Sure you can clear your cookies and history on your web browser, but that doesn't stop the cable company from following your online activity because they control the pipe. They can even monitor you when you surf on another provider. * There is only one way I know you can hide your Internet traffic from your provider.

Why the cable companies haven't capitalized on this goldmine is beyond me.

The future of audio may be wireless, but the future of computing is on the cloud, not the device.

Apple's decision to remove the headphone jack, "diminutive legacy port", in new iPhone is definitely a  step ahead of the crowd and will force even more sales to another new consumer Apple product (Lightning Ear Pods and adapter).


Apple is arguing that the future of audio is wireless, that the world’s current assumptions about mobile audio are not only antiquated, but worthy of immediate abandonment.


But right now that future comes with a price: You’ve got to leave behind the perfectly good headphones you own and you’ve got to purchase the new wireless ones as an iPhone accessory.

Don't get me wrong, Apple makes great products but they are behind the curve when it comes to the future of computing. The rapid sales growth of the Chromebook is showing us, the cloud computing shift is already taking place.

When the functions on the device (Siri, pinch zoom, camera etc) can be used with the computing power (and content) from the cloud, your disruption takes place. The operating system will be the cloud, not on the device..so what will the new iPhone or Samsung Note really be?..just some metal and glass. I dont think you will see many consumers paying $700 for some metal and plastic. 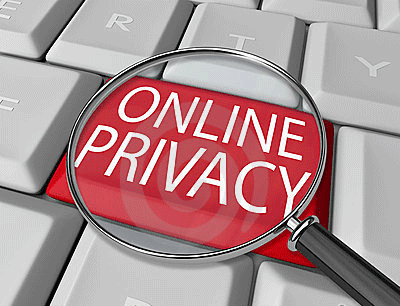 A big court defeat for the FTC this week is putting the agency's power to protect your online privacy in jeopardy, analysts say. The ruling could wind up giving Google and Facebook, not to mention other companies in the internet ecosystem, the ability to escape all privacy oversight from the FTC, and possibly from the rest of government, too, critics claim, unless Congress intervenes.

Unless regulators can persuade the courts to overturn Monday's decision, the result will be "a fatal blow" to consumer protection, said Jeffrey Chester, executive director of the Center for Digital Democracy.

"The decision will enable a company like Google … to engage in unfair marketing and data-gathering practices without having to worry about possible FTC consequences," he said.

That didn't take long. It can only stay "free" for so long.


Two years later, "Free" service WhatsApp,  will soon begin to share some member information with Facebook. That move that is rankling some of the company’s more than one billion users.

WhatsApp said on Thursday that it would start disclosing the phone numbers and analytics data of its users to Facebook. It will be the first time the messaging service has connected users’ accounts to the social network to share data, as Facebook tries to coordinate information across its collection of businesses.

Remember, when you're not the consumer, you're the product.
Posted by No Name at 5:01 AM No comments:

Amazon Cuts Out The Middleman, Could Kill Fedex?

Why pay a service to deliver goods bought from your store when you can do it yourself?


Amazon is leasing 20 Boeing 767s from Air Transport Services Cargo and negotiated to buy 20% of the company. They can now ensure one and two-day delivery.

How long before Amazon is considered a monopoly?

What other companies do you see that will adopt the same strategy?
Posted by No Name at 4:45 AM No comments:

Why Google Should Be Worried

Smartphone applications now account for half the time that U.S. users spend online, up from 41 percent back in July 2014, according to a new report from comScore. And when you add tablet applications into the mix, that figure rises to nearly 60 percent. (Source)

Doesn't it seem archaic that one application must be created for every operating system and device?

Imagine if that would have been the case for URLs.
Posted by No Name at 4:45 AM No comments: