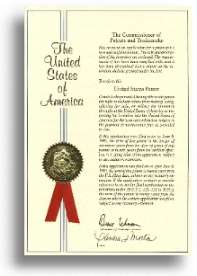 I think this story is going to "get legs". Not because of the mobile email patent, but because we are seeing a transformation of American business. Microsoft has set a precedent of settling patent disputes and more patent holders are being financed for their IP. This has leveled the playing field.

Visto has filed a lawsuit against Microsoft accusing the software vendor of infringing on three of its patents for mobile email applications.

The California based company develops technology allowing users to access their email on mobile devices. The alleged patent infringement case centres around Windows Mobile 5.0, which was launched last May.

You are starting to see The New American Business Model take shape.

As the market for mobile email grows, it has become a hotbed of patent litigation. The NTP patent holding company for years has been engaged in a legal battle with Research in Motion over the alleged infringement of another mobile email patent.

Recent court rulings there have sparked fears that users in the US could be cut off from their Blackberry devices.

NTP on Wednesday signed a patent licensing deal with Visto and became a shareholder in the company
Posted by No Name at 7:01 PM