A physical world hyperlink provides the ability to link a physical object (magazine, can of Coke) with information or a Web address when the camera on a mobile phone resolves the image. 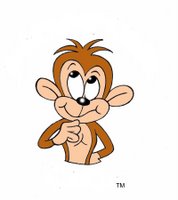 Clicking or scanning the image acts like clicking a hyperlink with your computer mouse.

A QR Code (QR = Quick Response) is a two-dimensional bar code introduced by the Japanese company Denso-Wave in 1994. QR Codes were originally developed for inventory tracking in auto manufacturing. They are the most popular type of two-dimensional code in Japan.

Some of the more popular 2d code providers

Recently, mobile telephone operators in Japan began including QR code reading software on camera phones. This move has paved the way for consumer-oriented applications of QR Codes. Users photograph QR codes. Then, their camera phone decodes the embedded text, displays, manipulates, and stores the information. This capability eliminates the need to enter data manually into a mobile phones or PDA.

According to Wikipedia , “QR Code is open in the sense that the specification of QR Code is disclosed and that the patent right owned by Denso Wave is not exercised.” — from the Denso-Wave website.

A complete listing of the companies that have technologies for the "Next Internet".
Posted by No Name at 5:38 AM