The Cell Phone, The Final Frontier

From Information Week.com Cell phones are next frontier for Internet companies

Because people spend so much time on their mobile phones, Internet companies are jumping on the opportunity by introducing more Web-browsing features to cell-phone users. 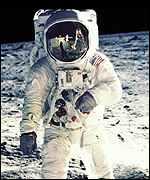 Take a guess what comes next...could it be advertising on the cell phone?

As Internet companies look for new revenue streams and customers, they see particularly fertile ground among the millions of cell-phone users. The Yankee Group reports that 65% of the U.S. population owns a cell phone.

Here's the problem, you can't spam a cell phone and you can't put pop-up ads on that little screen.

With more than half of the U.S. population using cell phones, Internet companies are trying find ways of weaning people's Internet habits from their desktops to their cell phones.

Want to know what technology becomes the next Google or THE advertising method used for mobile marketing? Tell me what you think
Posted by No Name at 5:59 PM

Well let's see, could it be