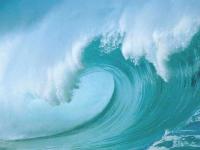 Another reason to get excited about emerging technologies.

EARLY signs of the fourth wave of the tech economy are emerging, according to Forrester Research's information technology innovation report.

Unlike the past three waves driven by mainframes, PCs and the internet, this phase will begin sooner and spread faster than historical cycles suggest, and will lead to a "truly IT everywhere" planet

"We have seen three big growth cycles, with more than 5 per cent of GDP invested in technology," Forrester analyst Chris Mines says.

"Each of these supernormal periods of spending was followed by a digestion phase as companies rationalised their infrastructure and focused on return on investment.

Forrester has identified four trends as "the seeds of the next big thing".

Extended internet: The X Internet will connect systems to physical assets, products and devices, from RFID and telematics to mobile networks and biometrics

Innovation networks
A business model for software development that lets companies match demand for innovation with worldwide sources of talent and capital.


Social computing: Companies will tap into the social structure created by search engines, blogs and viral marketing
Posted by No Name at 11:01 AM